i Believe in Unicorns director Leah Meyerhoff is featured in Conrad Magazine.

I became a filmmaker because it satisfied the creative side of my brain and the social activist side. Narrative film has the potential to reach a wide audience and affect social change in a way other art mediums to not… My film is a coming-of-age story. The media has strong potential to shape the way girls grow up. The more realistic representations of girls and women there are on the big screen, the healthier it is for teens looking to these portrayals. I’ll consider my films successful if girls in the middle of nowhere see them and feel there’s a kindred spirit out there. 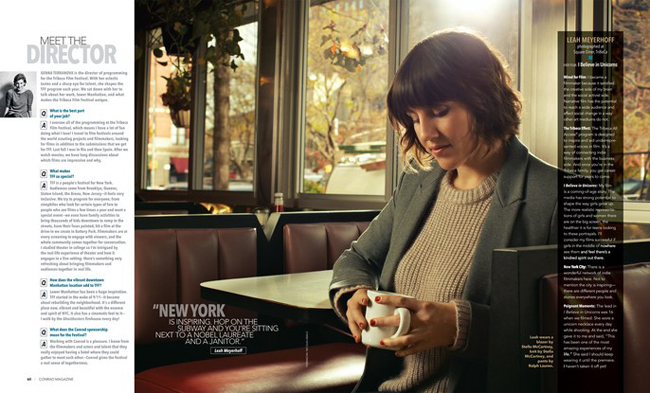