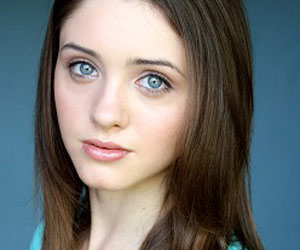 Natalia Dyer is an exciting and dynamic actress who has quickly blossomed into one of Hollywood's most promising young stars. She recently completed filming the sci-fi drama AFTER DARKNESS (aka RAYS OF LIGHT), directed by Terrence Malick collaborator Batan Silva and starring Kyra Sedgwick and Tim Daly as her parents. Natalia will next be seen in the supernatural thriller THE BETWEEN alongside Joel Courtney and Isabelle Fuhrman from producer Susan Johnson. Natalia's other credits include Roadside Attractions' BLUE LIKE JAZZ starring Marshall Allman, Claire Holt and Tania Raymonde which premiered at the 2012 South By Southwest (SXSW) Film Festival, the family drama THE GREENING OF WHITNEY BROWN alongside Kris Kristofferson and Aidan Quinn, along with Disney's HANNAH MONTANA: THE MOVIE starring Miley Cyrus and directed by Peter Chelsom. A recent graduate of the Nashville School of the Arts Theatre and Vocal programs, Natalia began performing on stage at the age of eight, playing "Scout" in "To Kill a Mockingbird" for the Tennessee Center for Performing Arts in Nashville. 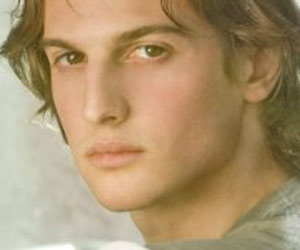 Peter Vack has worked consistently in theater, film, and television since the age of nine. Peter plays a lead role in the upcoming pilot MOZART IN THE JUNGLE, directed by Paul Weitz, written by Jason Schwartzman, Roman Coppola, and Alex Timbers for Amazon studios starring Lola Kirke, Malcolm McDowell and Gael Garcia Bernal. Peter also starred in the independent feature film CONSENT, portrayed punk rock historian Legs McNeil in the film CBGB, played a supporting role in the film SWELTER staring Jean Claude Van Damn and Alfred Molina, and was the lead on Doug Liman's cult dramedy series I JUST WANT MY PANTS BACK on MTV. Notable stage appearances include "Richard III" at the Public Theater, "Fool for Love," "True West," and an exclusive engagement of "The Pillowman" in Los Angeles performed by the Casitas Group, a theater company of which Peter is also a founding member. He also co-founded Shakespeare on the Subway, a guerilla theater project that has been featured on NPR, Inside Edition, and the New York Post. Peter's other film credits include DEAR DIARY, A PERFECT FIT, THE TREATMENT and KISS OF THE DAMNED. 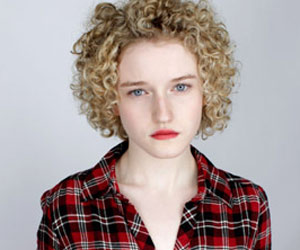 Julia most recently shot Dimension/TWCs SIN CITY 2 opposite Joseph Gordon-Levitt, directed by Robert Rodriguez and Frank Miller. Julia stars in Jim Mickle's WE ARE WHAT WE ARE, which premiered at Sundance 2013, and was bought by Entertainment One. It was shown at the Director's Fortnight in the Cannes Film Festival in May 2013 and at the Toronto Film Festival in September 2013. Her first starring role in the film ELECTRICK CHILDREN premiered at the 2012 Berlin International Film Festival and subsequently at the 2012 South by Southwest Festival to incredible reviews and fanfare. Julia's first film was MARTHA MARCY MAY MARLENE, which premiered at Sundance in 2011, was picked up by Fox Searchlight, and received critical acclaim. Variety selected Julia as one of the Five Who Will Thrive at Sundance 2013, in addition to including her in their Youth Impact Report for 2012. Julia was also selected as one of the Five New Faces of the Berlin Film Festival 2012 by The Hollywood Reporter, as well as one of the 10 Actresses on the Rise in 2012 by Indie Wire Magazine. Julia was chosen as the only actor on the 25 New Faces of Independent film of 2012 by Filmmaker Magazine. Julia was also featured in both Teen Vogue and Nylon Magazine's Young Hollywood Issues. 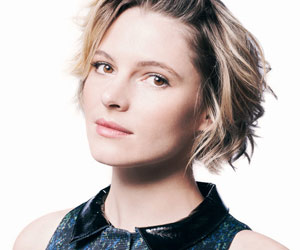 Amy Seimetz is an actress/writer/director who was most recently a series regular on AMC'S THE KILLING, and recurring as a love interest to Chris O'Dowd on Christopher Guest's HBO series FAMILY TREE. She made history as the first person to ever receive two Gotham awards for two different films in the categories of Breakthrough Director and Best Actress. Her universally critically acclaimed performance in Shane Carruth's UPSTREAM COLOR took Sundance by storm and earned her rave reviews including landing her on Variety's 'Actors to Watch'. Amy will be seen later this year playing Johnny Depp's wife in Megan Griffiths' LUCKY THEM and in Ti West's THE SACRAMENT - both which premiered at the Toronto Film Festival. Her directorial debut feature SUN DON'T SHINE won a special jury prize at South By Southwest, and was nominated for two Gotham Awards, bringing her total nominations to four. Having worked with such indie powerhouses as Lena Dunham, Shane Carruth, Adam Wingard, Noah Baumbach, Megan Griffifths, James Ponsoldt, David Lowery and Joe Swanberg, Amy has quickly become a sensation in the independent film landscape and is poised for a significant career as an important new artist of her generation.